A Really Big Bastard is a mission in Red Dead Redemption 2.

Sadie visits John at Beecher's Hope. They leave to hunt down a bounty, Marshall Thurwell, in Tall Trees and discuss other men who have evaded their capture. 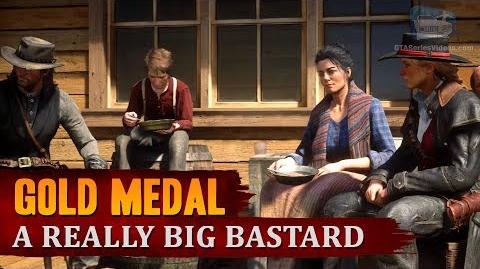 Retrieved from "https://reddead.fandom.com/wiki/A_Really_Big_Bastard?oldid=416924"
Community content is available under CC-BY-SA unless otherwise noted.