A Short Walk in a Pretty Town

A Short Walk in a Pretty Town is a mission in Red Dead Redemption 2. After completing this mission, Rhodes will temporarily be in lockdown.

Arthur, Micah, Bill and Sean go to meet some of the Gray boys in Rhodes to discuss a security job.

Arthur meets the other three gang members in Rhodes for the “job”, although both he and Sean are deeply suspicious. Almost immediately, Sean is shot in the head and killed by a Gray sniper, resulting in a shootout between the remaining three outlaws and the Gray hired guns.

During the gunfight, Bill is captured by Sheriff Leigh Gray, meaning that only Arthur and Micah are left to fight. Both of them break into Gunsmith and use it as a cover. After the two come out victorious, they approach the Sheriff’s office and demand the release of Bill. Along with Archibald MacGregor and two other lawmen, the Sheriff comes out with a gun to Bill’s head, but is promptly shot in the head and killed by Arthur. In the next few seconds, Archibald and his two allies are subsequently gunned down by Arthur, or by Micah if the player isn’t quick enough.

With the gunfight over, Arthur reprimands Bill and Micah for their carelessness and expresses his affection for Sean, before asking Bill to give Sean a proper burial.

Micah, Arthur, Sean and Bill near the bank in Rhodes, at the beginning of the mission 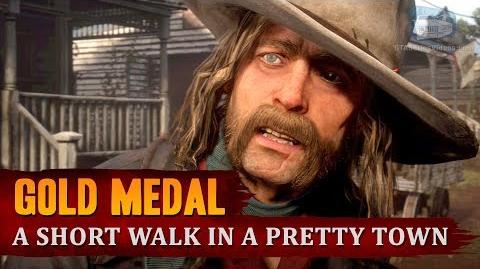