A Strange Kindness is a mission in Red Dead Redemption 2. It is the final mission of Chapter 2 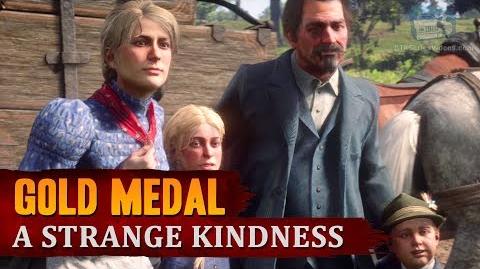 Retrieved from "https://reddead.fandom.com/wiki/A_Strange_Kindness?oldid=386117"
Community content is available under CC-BY-SA unless otherwise noted.