Angelo Bronte, A Man of Honor

Arthur, John, and Dutch head to Angelo Bronte's mansion to get Jack back. Angelo Bronte asks the gang to clear out the local graveyard in return for Jack.

Arthur meets Dutch and John in the park, across the street from Angelo Bronte's house. After approaching the gates, Dutch grabs a guard and orders him to summon Bronte. Afterwards, they are let in, and the group meet Bronte. After a brief argument between Dutch and Bronte, Bronte expresses his fondness for Dutch, due to Dutch's use of words to make the group appear innocent. After a short discussion, Arthur and John agree to go out and kill some grave-robbers, while Dutch stays behind to talk with Bronte. Arthur and John arrive and the graveyard and find the robbers, killing them. They find their stash, but before they can leave a number of lawmen arrive. John and Arthur sneak around them, eventually getting out of the graveyard, and they return to Bronte's mansion. Dutch is seen with Jack outside, and the group ride back to camp, with Jack talking fondly of his time at the Bronte mansion, with John relieved he was treated well. After arriving at camp, the gang greet Jack and a party is thrown to celebrate his return.

During the celebration, players will be unable to do most activities or save the game. This is highly problematic for players who wish to exit the game during celebrations, as it is likely to result in players losing their progress. 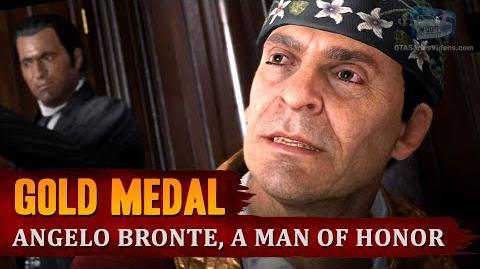