The Bandolier is a piece of clothing that also functions as practical equipment in Red Dead Redemption.

The Bandolier is a type of belt designed to hold extra ammunition, namely repeater and rifle rounds, and doesn't affect any other types of ammunition. Once purchased, it appears on certain outfits Marston wears.

The Bandolier does not appear on Marston's outfit if he is wearing the Deadly Assassin Outfit, Elegant Suit, Gentleman's Attire, Bureau Uniform, U.S. Marshal Outfit, U.S. Army Outfit, Reyes' Rebels Outfit, Rancher Outfit, Expert Hunter Outfit or the Savvy Merchant Outfit. It is also absent on the Legend of the Apocalypse Outfit and Undead Hunter Outfit from the Undead Nightmare DLC, and their undead counterparts; Legend of the Undead and Army of the Undead.

All outfits show the revolver/pistol holster and cartridge belt. The only time the gun belt is absent, is at the very start of Undead Nightmare, when John is tying up his family. Furthermore, this is also the only time John's satchel is absent (you could also possibly count the Duster Coat and Legend of the West Outfit for this rare trait, but the satchel would only technically be underneath Marston's long coat).

Traditionally, the Bandolier is worn over the chest and is made from canvas or leather. In the American West, the wearing of a fully-stocked bandolier communicated the wearer's participation in a violent profession, but that they were also wealthy enough to maintain a full stock of expensive ammunition.

In-game, Marston can purchase a Bandolier from any Gunsmith or some General Store clerks for around $125. Doing so allows doubles the amount of repeater and rifle that Marston can carry (200 rounds). Once purchased, it cannot be resold to the merchant or removed from the player's inventory. While earlier game material showed Marston wearing two bandoliers, this was dropped in favor of just one.

In Undead Nightmare, John equips the Bandolier after the mission "Love in the Time of Plague", appearing to have already purchased it during the events preceding Undead Nightmare.

Marston's bandolier is fully stocked with rifle and repeater ammunition. 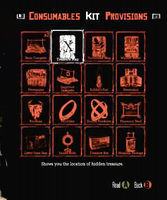 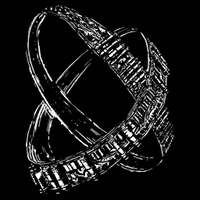 Unused image depicting the Double Bandolier.
Add a photo to this gallery
Retrieved from "https://reddead.fandom.com/wiki/Bandolier?oldid=360707"
Community content is available under CC-BY-SA unless otherwise noted.