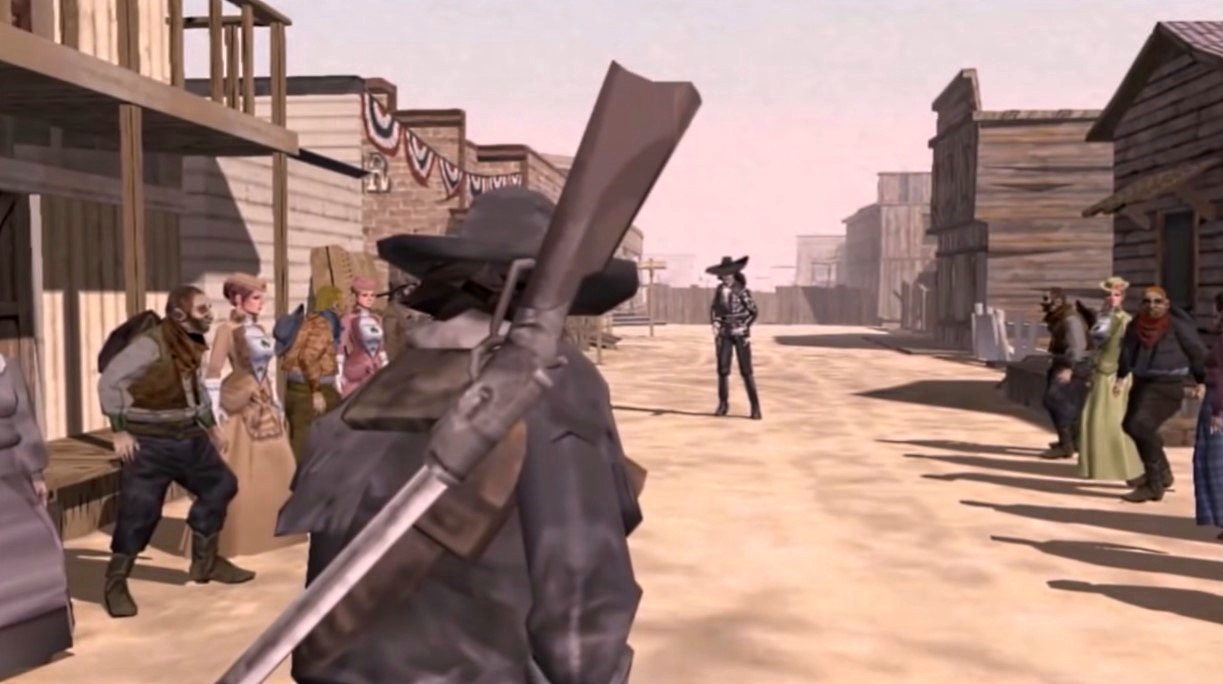 The Battle Royale is a dueling competition held in the town of Brimstone every year in Red Dead Revolver.

The contest is sponsored by the independently-wealthy Governor Griffon as a means of drawing publicity to Brimstone. It is also possibly used as a means for the governor to find the best and most ruthless gunslingers in the territory so he can hire them to serve in his personal army of bodyguards, as he has done with Mr. Kelley.

The event is overseen by Sheriff Bartlett, who announces the next set of contestants and introduces them before their duel. The winner receives a $5000 prize. Duels are held along Oak Street.

Before the game's main narrative, there had been five previous Battle Royales, of which Mr. Kelley had been the champion of the last four. The sixth annual competition takes place near the end of the story in Red Dead Revolver, during the mission "Battle Royale" with sixteen contestants, as listed below.

Retrieved from "https://reddead.fandom.com/wiki/Battle_Royale?oldid=385091"
Community content is available under CC-BY-SA unless otherwise noted.