Blessed are the Meek?

Arthur: "Listen, there's one little problem... there's only one of me and there's a whole town full of people wanting to see you swing."
Micah: "You gotta do something, Arthur..."
―Arthur Morgan and Micah Bell

Blessed are the Meek? is a mission in Red Dead Redemption 2.

With Micah due to be hanged for a double murder near Strawberry, Arthur attempts to break him out of jail.

Arthur arrives in Strawberry, with Micah in prison. He speaks to the Sheriff, but he refuses to release Micah. After exiting, Micah will get Arthur's attention, where Arthur reluctantly works on releasing him. He uses a nearby steam donkey, and rips out the bars of Micah's cell, allowing him to escape. Immediately after escaping, Micah shoots his O'Driscoll cellmate in the head and a battle erupts, in which Sheriff Hanley is killed.

With a massive group of Lawmen in the town, Arthur prompts Micah to escape, but Micah refuses, saying that he has something to do. He makes his way to a house, to find an ex-associate of his, who took his prized revolvers. As this ex-associate (Norman) opens the door, he is immediately shot by Micah and then thrown on the ground, before Micah rushes into the house and kills his wife, Maddy, too. With his revolvers back in his possession, Micah then agrees to escape, and both he and Arthur eventually fend off their attackers and narrowly escape the town.[1]

After they are clear, Arthur berates Micah for his recklessness in going back for his guns, and Micah gives Arthur a second holster as thanks. He then says that he doesn’t want to return to Dutch empty-handed and wishes to do something to redeem himself, asking Arthur to meet him nearby in Big Valley in the near future. 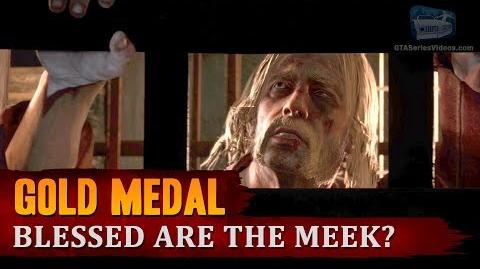