Blessed are the Peacemakers

N/A
Blessed are the Peacemakers is a mission in Red Dead Redemption 2.

Suspecting a trap, Micah asks Arthur to observe an arranged meeting between Dutch and Colm O'Driscoll from afar.

Pearson met some O'Driscolls on the road who said they wanted to arrange a parley. Hosea calls it a trap, but Micah seems to think it is worth looking into, and helps convince Dutch to go. Arthur accompanies Dutch and Micah as a bodyguard to watch over the meeting from a distance. Arthur takes the high ground; Dutch and Colm meet. Dutch attempts to make amends, but it is clear that Colm is only there to sneer at Dutch and his gang. Some O'Driscolls sneak up on Arthur, knock him out, and abduct him.

Arthur is wounded, tortured and imprisoned. Colm comes to gloat over Arthur; he explains that the parley was merely a ruse to capture Arthur so that Dutch would attempt to rescue him. Colm arranged to have the law waiting to arrest the entire Van der Linde gang if Dutch did come at that moment. After this, Colm leaves. Arthur manages to escape his bonds, kills an O'Driscoll, and escapes the camp in which he was held. He returns to Clemens Point on horseback and collapses. His recovery takes a few weeks. 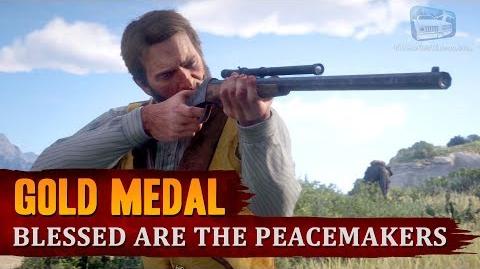