The Blunderbuss is a weapon featured in the Undead Nightmare expansion pack for Red Dead Redemption.

The Blunderbuss is a short, muzzle-loading firearm, commonly considered to be an early predecessor to the more modern shotgun, and is classified in-game as one. By the year of 1911 and final stage of the Wild West, it is considered a fairly outdated weapon.

Its stopping power and scale can vaporize any type of undead in one shot. In return, the Blunderbuss' range is average and its reloading time is slow in comparison to other available weapons; as using the Blunderbuss destroy the corpse, Marston cannot loot the weapon's victims. It works like a normal shotgun against living NPCs, rendering its usefulness in such scenario moot.

The Blunderbuss' ammunition is created by using different body parts of the undead, including ribs, eyes, ears and tongues salvaged from undead Marston put down; each round requires ten undead parts. The Blunderbuss can hold up to 20 rounds; following completion of the Undead Treasure Hunter Challenge, the Blunderbuss's ammo capacity will increase.

In the additional modes added to Red Dead Redemption's multiplayer, the Blunderbuss' stopping power against the undead is significantly decreased, and it is incapable of completely obliterating undead bodies.

Nigel West Dickens presents the Blunderbuss to an unimpressed John Marston at the end of the mission "A Cure for Most of What Ails You". 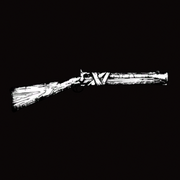 John after getting the Blunderbuss