Bob Brownlee worships the Sun, believing it to be a god. He can be encountered throughout New Austin.

Bob Brownlee is seen basking in the sun, with his arms held high above his head. He then encourages John to join him in his worship, claiming the sun is the one, true god, also referring to it as "Helios", the name the ancient Greeks gave to the God that they considered to be the embodiment of the sun.

Brownlee claims that he does not eat or drink, but that the sunlight is all the sustenance he needs.

Bob has very long, brown hair and a thick, bushy, brown beard. He appears to be very skinny and weak, as his rib cage is visible through his chest. He wears no clothes other than a pair of dirty, white pants and black shoes. 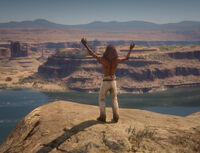 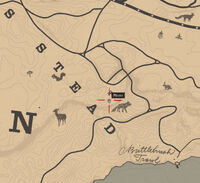 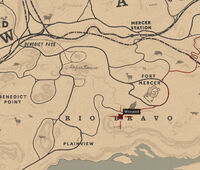 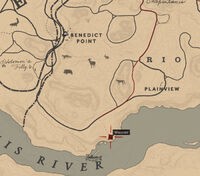