Tall Trees
Escalera
Perdido Diez Coronas
The bobcat is an animal found in Red Dead Redemption. They are a medium-sized predatory cat, generally found in Mexico, or northwest of Tall Trees in West Elizabeth.

Although similar to the cougar, they are weaker, and also do less damage; however, they are some of the fastest animals in the game. Due to their relative scarcity, their parts are worth almost twice as much, making them one of the most profitable animals to hunt.

Bobcats are less common than cougars, and only appear in a handful of locations. They spawn most frequently in Mexico, typically not far from the San Luis River in the northwestern areas of the map, and within the wilderness of Perdido and Diez Coronas. They have been known to also appear southwest of Escalera.

They cannot be found in New Austin. However, they can be found uncommonly in West Elizabeth within Tall Trees, specifically the southwestern area of Tall Trees. They have a tendency to spawn outside Bearclaw Camp, as well as along the river west of Tanner's Reach, and near Aurora Basin.

With the Liars and Cheats Pack installed, Roberto the Bobcat may be encountered in the Roca de Madera hunting ground in Free Roam.

One random encounter has the player find a man being chased by one or two bobcats. 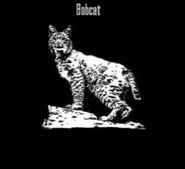 The player must kill a bobcat to successfully complete the following achievement: