Start a Wiki
watch 00:51
What is California?
Do you like this video?

“I will find me my California. I will!”

California is a Stranger side-mission featured in Red Dead Redemption.

Sam Odessa, a strange man originating from the Black Sea region in Eastern Europe, claims that he is on his way out West. When Marston meets him, he explains that he aspires to go to California, so he may forever be remembered by his family as the man who completed the span of his heritage, from the Black Sea to the Pacific in three generations.

After locating Sam Odessa, the player must:

This series of Stranger Missions involves finding Sam in different places and watching the resulting story. The general area of all encounters after the first are marked on your map, although his exact location must be found by searching.

Marston first meets Sam out in the desert, Southeast of Gaptooth Breach, sitting against a rock, playing the harmonica.

After a short talk with Sam about his goal to reach the state of California, Marston warns Sam of the presence of dangerous outlaws and gangs who roam the surrounding area. Sam explains that his horse became lame a while back and then decides that he'll get himself a stagecoach. He sets off into the desert cheerfully.

After the course of about seven days, Marston runs into Sam again just outside of Cueva Seca to the Northwest. This time, Sam is showing a few signs of confusion and even though Marston gives him directions to head West, Sam decides to talk about horses who can do math problems and eat cacti. Marston then tells Sam that he should get some help if he wants to get to California, but he ignores Marston and heads off down the road once again.

After the course of about seven days, Marston has once again run into Sam in a ravine north of Tumbleweed. The complete opposite way that Sam was supposed to be going to reach California, convincing Marston that he is hopelessly lost in the desert.

Sam has gone crazy and his clothes are worn and tattered. He tells Marston about his journey and how he will make it to California and begins to go insane, even taking out his gun on Marston when he offers to take him into town. Marston backs off and Sam goes off once again into the desert.

South of Tumbleweed, Marston finds Sam, dead on the side of a road, with a vulture beginning to eat away at his sun-baked corpse.

Marston quietly pities the foolishness of Sam and then decides to search him for any items. He discovers a letter for his wife. Knowing that the letter would mean a lot to her, Marston decides to drop off the letter in Armadillo for it to be mailed to Sam's wife. After this, the quest has finally come to an end.

The letter found on Sam's dead body can be found in the "kit" area of your satchel. It can be read as if it were a Newspaper or Wanted Poster. It says...

Not a day goes by when I don't think about you and our beautiful baby boy. It is now many weeks since we parted. Precisely how long, I don't know. Time, once so predictable and reliable, has slipped away from me. I know how callous my abrupt departure in the dead of night must have appeared, and for that I am truly sorry, but I hope you will find it in your heart one day to forgive me. For it was not a choice to leave, but rather an obligation. My grandfather came to this country with a dream; a dream that was passed down to me, that is in my blood, in my very soul. I always believed it was my duty to realize that dream, to complete a journey that started in Odessa, by the black sea, three generations ago, but I have lost sight of what it is, if I ever knew at all. I am headed West towards the ocean, but I'm not sure why anymore. Day after day, the Sun beats down on me in this godforsaken desert, relentless and mocking. Every step I take forward, I seem to get further away. I thought this was my destiny, and perhaps it is. Maybe we are condemned to walk in circles, chasing the skyline. Maybe it is all a lie. Oh, this is a terrible land of broken promises.

I had everything and gave it up in the pursuit of nothing. I fear I have made a terrible mistake, but there is no way back now.

Sam Odessa before his ordeal. 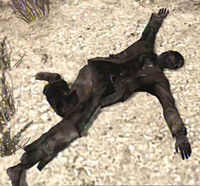 The inevitable result of wandering aimlessly around Gaptooth Ridge. 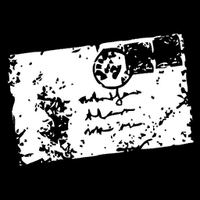 Satchel icon for Sam's letter.
Add a photo to this gallery

Retrieved from "https://reddead.fandom.com/wiki/California?oldid=403829"
Community content is available under CC-BY-SA unless otherwise noted.