The cannon is a type of stationary smoothbore weapon that employs a propellant charge to fire various types of ammunition. The most common type of ammunition fired by a cannon is a cannonball; an extremely large shot made of stone or forged steel and iron.

Cannons first appear in Red Dead Revolver during the mission "The Traitor". General Diego uses a flare gun to direct his cannons to fire upon the US Army's cannons.

In the single-player campaign, the player has the opportunity to utilize large smoothbore cannons in the defense of a fortified position, called El Presidio. The cannons are also in place at El Presidio for the Undead Nightmare campaign and in multiplayer Free Roam.

In multiplayer game modes, the cannon is available as a stationary weapon. The cannon appears to load a type of carcass shot which detonates upon impact. The cannons can be found in the multiplayer maps for various game modes at Diez Coronas and Tumbleweed. In addition, the Fort Mercer Stronghold map has two cannons available for the attacking team. The co-op missions "The Escape" and "Ammunition" have cannons available for the players at Tumbleweed and Tesoro Azul, respectively.

The cannon can be difficult to use due to its parabolic trajectory and projectile traveling time but is a devastating weapon. The cannon is especially accurate when aiming above a target to account for gravity. The cannon is able to damage and kill enemy players through walls and other obstructions. Even inside of a house, the player can be killed by the blast. Stagecoaches and wagons can be obliterated by cannon blasts.

Players using a cannon are often protected from fire to the front, but vulnerable from the sides. If the player is facing a cannon down the bore, wait for it to fire. If they have not died afterward they will have a split second to retaliate when the gunner becomes vulnerable while reaching for ammunition.

The Heavy Weapons multiplayer challenges (unlocked at level 45) have three challenges, with seven ranks total, involving the use of cannons to kill other players. These challenges are located under the PVP section once unlocked.

In Red Dead Redemption 2, the player must use a Cannon at Cinco Torres to destroy a warship in the Chapter 5 mission, "Hell Hath No Fury". One is used soon afterwards in the mission "Paradise Mercifully Departed", where Arthur Morgan can use one to kill Alberto Fussar, by destroying the tower that he is in. A different model of cannon, similar to the ones found scattered across the battlefield at Bolger Glade, can also be used to blow a hole in the wall of Fort Wallace, in the Chapter 6 mission "The King's Son".

The cannon in Red Dead Redemption

A Cannon at Cinco Torres, in Red Dead Redemption 2

A cannon being used in a multiplayer game.

Three players being killed by a cannonball blast. 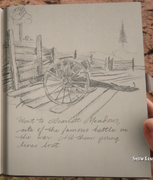 The Cannon can be used to unlock the following achievement and trophy:

Retrieved from "https://reddead.fandom.com/wiki/Cannon?oldid=406345"
Community content is available under CC-BY-SA unless otherwise noted.