Start a Wiki
watch 01:45
What is Deadalus and Son?
Do you like this video?

On top of a mesa near Agave Viejo

The bottom of a mesa near Agave Viejo

between Casa Madrugada and Agave Viejo

Deadalus and Son is a Stranger side-mission featured in Red Dead Redemption.

After speaking with Charles Kinnear, the player must:

Talk to the stranger near Agave Viejo.

He is located in between Casa Madrugada and Agave Viejo, just South of Roca de Madera, on the cliff's edge. 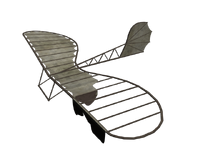 Retrieved from "https://reddead.fandom.com/wiki/Deadalus_and_Son?oldid=383877"
Community content is available under CC-BY-SA unless otherwise noted.