Arthur heads for Shady Belle to try to track down the rest of the gang.

Arthur boards the boat heading from Guarma back to the United States, and arrives in Van Horn Trading Post. He takes a hitched Hungarian Half-Bred on the street, and rides to Shady Belle to find out where the Van der Linde gang have gone. Upon arriving at Shady Belle, Arthur finds a letter in one of the first floor rooms written by "Caroline" (Sadie Adler), that tells Arthur to travel to Lakay, a small town north of Saint Denis. However, after Arthur reads the letter, Pinkertons arrive looking for any signs of the gang. Arthur manages to sneak past them or murder them and gets back on the horse and rides to Lakay. 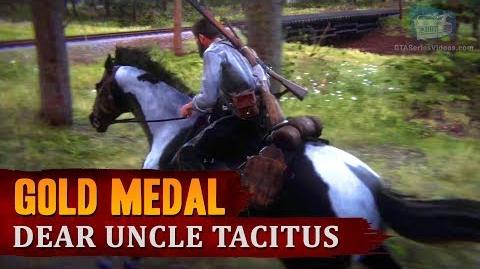