Deborah MacGuiness is a minor character and a Stranger featured in Red Dead Redemption 2. She initiates the Stranger side-mission "A Test of Faith".

She is a leading amateur paleontologist in the United States. She has applied for many universities, but so far she has been rejected by every one and they disagree with her theories. She also at one point had a sister who died prior to 1899, however Deborah said it was the best day of her life.

She is encountered in The Heartlands region of the New Hanover territory.

She is seen brushing a recently discovered set of dinosaur bones before asking the player if they are a spy. She informs the player on how she was declined by every university she applied for. She asks the player that they mail the coordinates of any dinosaur bones they come across to her homestead at Firwood Rise for a cash reward. 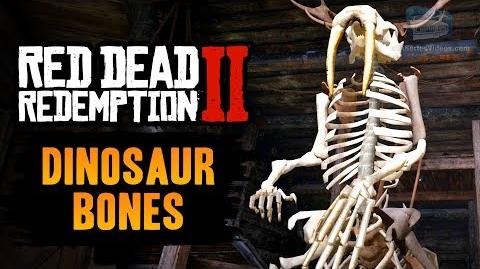