Dogs are animals found in Red Dead Revolver and Red Dead Redemption. They are a domesticated species of animal found across towns and outposts of the American west. Some are owned by law enforcement departments and are used to help track down and fend off ruffians and outlaws at night.

They vary in breeds and colors, however the most common breeds found are:

Red Harlow appeared to have a dog accompanying him during "Bounty Hunter" and "Ugly Streetfight". It was shot to death in the latter mission by members of the Ugly Gang.

Some dogs play a role in missions or Jobs where the player must work directly with the dog.

Additional dogs are found throughout the map but do not play a role in the game. 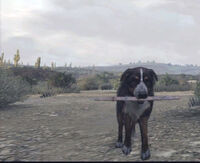 A dog fetching a stick in Armadillo 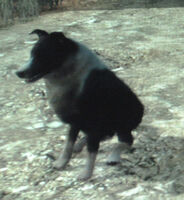 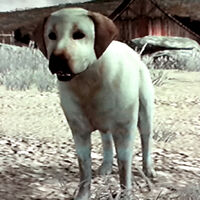