Donkey Lady is a point of interest featured in Red Dead Redemption 2.

Standing beside a mill appears to be the remains of a woman with her head supplanted by that of a donkey. The sets of remains appear equally decayed, suggesting that the figure has been in her mannequin-like position for some time. The origin of this macabre scene, the potential identity of the woman's remains and whether or not this may have been some supernatural being all remain unknown. The reactions of the protagonists to these remains suggest, however, that this may have been a living creature. 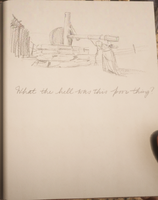 Arthur's drawing: "What the hell was this poor thing?" 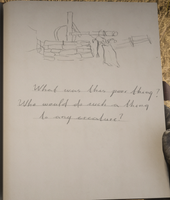 John's drawing: "What was this poor thing? Who would do such a thing to any creature" 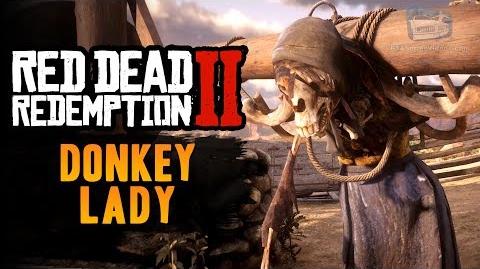 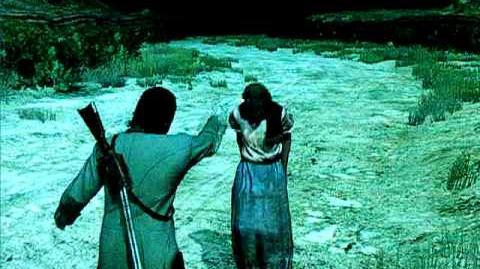 The Incredible Donkey-Lady!-0
The original Donkey Lady in Red Dead Redemption, which this point of interest is referencing.