Easter Eggs are details added to a game by the developers that make reference to external sources as either tributes to those sources or for humorous purposes. Special Encounters are like random encounters in the world except they have set locations featuring unique minor events/characters.

Some categories of Easter Eggs are covered in detail on separate pages as listed here: 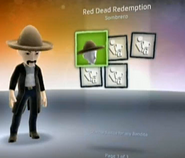