The Evans Repeater is a rare weapon featured in Red Dead Redemption.

The Evans Repeater is a unique repeater, employing an unconventional mechanism to eject and replace a fired cartridge. It does considerably high damage, has the highest ammo capacity of any weapon that you can carry in the game at 22 rounds, a "faster" reload that has Marston reload two rounds at a time to compensate for the increased ammo capacity, and a faster rate of fire compared to other repeaters. This is also one of the strongest weapons in the game and is often used in "Dead Eye" for its fast reloading and large ammo capacity.

A player behind cover with the Evans Repeater. 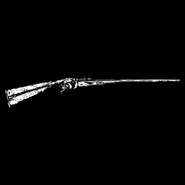 A purchasable Evans Repeater.
Add a photo to this gallery
﻿

The Evans Repeater can be used to unlock the following achievements:

Retrieved from "https://reddead.fandom.com/wiki/Evans_Repeater?oldid=381392"
Community content is available under CC-BY-SA unless otherwise noted.