Fatherhood, For Idiots is a mission in Red Dead Redemption 2.

John juggles fatherhood and his multiple identities as he heads to Strawberry with Jack to collect mail for Geddes, and a package for Abigail.

Marston is told by Abigail about a ranch called Beecher's Hope and her hope to buy it, but John points out he has a price on his head, making a bank loan impossible. Afterwards, he is told to go to Strawberry to get supplies, and Abigail asks him to pick up a parcel for her. John leaves and takes Jack with him. On the way, John shows Jack how to drive the wagon. While Jack stays in the wagon, John goes into the post office to get the parcels and deliveries for Pronghorn Ranch. John tries using his alias, but there the parcel isn't in his name. He uses his real name, and a nearby man notices and quickly leaves. Eventually, he gets the parcel under Abigail's name, and the deliveries. After everything is loaded into the wagon, Jack starts driving the wagon back to the ranch. John, nervous over stating his real name, tells Jack to speed up or slow down if asked. Eventually, some men begin following them, and John orders Jack to speed up, before eventually instructing him to stop. They rush off the wagon and behind a fallen tree, where John tells Jack to stay put, while John confronts the three men.

The leading man asks John if he killed a man in Roanoke Ridge some months before. John denies it, and it's revealed that the killed man was his brother. John claims the man's brother had tried to rob him, but the man doesn't believe it and they prepare to fire. John quickly kills them, and goes to comfort Jack. They get on the wagon and start leaving, but Jack notices the dead bodies and is nervous, but John says he had no choice. John asks about Beecher's Hope, and states he thinks it might be a good idea to buy it. Upon arriving, Abigail notices something wrong, and John reluctantly admits they were shot at by someone who knew who he was. After arguing, Abigail heads inside. If the mission was completed first, John later has a flashback of Arthur giving him advice. 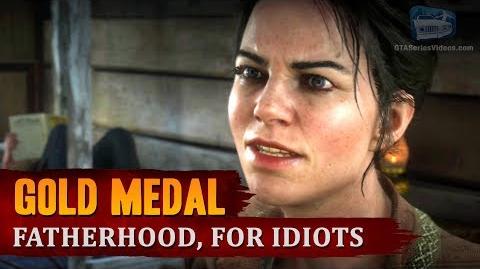