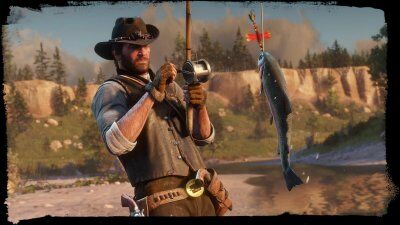 Fishing is a new mechanic in Red Dead Redemption 2. Much like hunting, it plays a prominent role in the game, where players can catch and hunt various species of fish for survival, sport and money.

Fishing can be done manually or through the use of a fishing rod. When a fish is caught, the player may cook a fish (to restore health, stamina, or Dead Eye cores), donate it to the camp, or sell it for profit.

There are 15 types of fish that can be caught in Red Dead Redemption 2, with each type having its own legendary version. These species of fish will differ in weight and size when caught or fished. Fish are commonly found in lakes, ponds, and rivers, but some are exclusive to one habitat or region.

The primary tool for fishing is the fishing rod. The equipment is unlocked as the player progresses through the story, specifically in "A Fisher of Men". However, fishing rods can be found in random encounters within the game.

Another tool for fishing are baits and lures, which can be bought in bait shops and general stores. 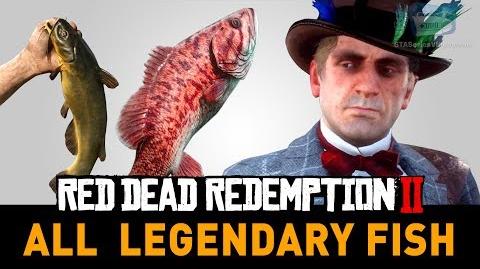 The player can attain these following trophies/achievement when specific requirements are achieved.