Jose Antonio
“He killed so many men down south, and he came up north to find some more. Señor Gabriel Navarro!”

After completing the level "Hell Pass" with an Excellent rating or purchasing a bottle of Tequila, Gabriel Navarro becomes available as a playable character in Showdown Mode.

Gabriel is a Mexican duelist and a contestant in the Battle Royale, as listed in Sheriff Bartlett's Journal.

Prior to the Battle Royale, Navarro can be found in the Saloon in Brimstone, where the player can talk to him. His conversation indicates that he has a bad memory, possibly due to excessive drinking. He also says that when he wins the dueling competition, he'll buy himself a gun that can shoot straight.

Navarro is seen early in the competition. He is set to duel Red Harlow, but he is gunned down. 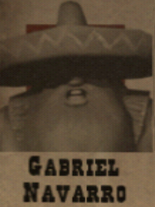 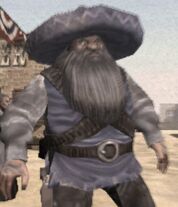 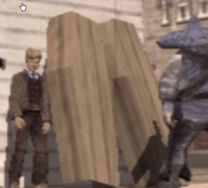 Navarro conversing with Kid Cougar before the Royale.
Add a photo to this gallery

Retrieved from "https://reddead.fandom.com/wiki/Gabriel_Navarro?oldid=399340"
Community content is available under CC-BY-SA unless otherwise noted.