Gaptooth Breach is a small, rural desert mining settlement, with a large mine complex. It is mostly made up of tents to house the resident miners and treasure hunters, however, a few smaller wooden shacks and a couple of larger warehouses and offices exist as well as a shaft tower on top of the mountain. It appears many of the miners have criminal interests, like kidnapping, weaponry and treasure hunting.

As of 1898, the player can track down Barbarella Alcazar, who is using the mine as a hideout.

As of 1907, Gaptooth Breach was controlled by Del Lobo Gang. It is also used as a hideout by Esteban Cortez and his accomplices in an attempt to hide from the law.

The player's first encounter in the area is during the Irish mission "Man is Born Unto Trouble". After which, the player can complete a gang hideout by talking with Clay Pettiford on the outskirts of the miners' camp, clearing the site of the Treasure Hunters gang and rescuing his friend, Floyd Brogles. Also, the Nigel West Dickens mission "Liars, Cheats and Other Proud Americans" takes place just south of this location.

The second segment of the Stranger side-mission "Funny Man" takes place in this location.

The Outlaws to the End Co-op mission "Walton's Gold" takes place here, in which players must fight off miners, put bags of gold in the minecart, take it out of the mine and finally kill the Waltons Gang members who have come to reclaim the gold.

In the Undead Nightmare DLC pack, this is one of 23 locations that must be cleared of the Undead and then protected from re-infestation thereafter. Once the mine is safe, the player will receive Dynamite. Like all other rescued settlements Gaptooth Breach features a safehouse it is the single bed on the ground floor of the main building. There are six defenders of the mine, all of them local miners or treasure hunters, and at least two of them will be found in the mines. The mine's defenders include Digby Haskins, Harlan Forbes, Lester Dugan, Mickey Brunson, Roscoe Duffy and Clark Hatfield.

This is also the location of Chu Fook, the seventh missing person to be rescued in the Fort Mercer segment of the Missing Souls Side-missions.

Travel to the southwest of the New Austin map. After reaching Benedict Point, head west. Look for where the Railroad starts to turn north. It appears as a "Danger" symbol on the fold-out paper map.

The entrance to the mining camp is just above the "G" in "Gaptooth Breach" on then in-game map when fully zoomed in.

Upon arrival, a message will pop up telling the player to meet the injured man (Clay Pettiford) at the crates, south of the mine. He will tell Marston that the miners jumped him and his friend Floyd, who were looking for a treasure inside the mines. He will tell Marston that Floyd is probably held in the railroad house, southwest of the mine entrance (it will be marked with a blue dot). The player does not have to free Floyd, but he will give some support that can be life-saving inside the mine. As soon as the player enters the mine, the treasure location will be marked on the map. Simply fight through the corridors shooting up the TNT crates and the oil lamps to clear out the enemies. When opening up the treasure chest, it will contain around $100-200 dollars, and Floyd will tell Marston that he can have it all, and sits on a box of dynamite. After leaving the room, the dynamite explodes, killing Floyd. It is not known if Floyd committed suicide, or accidentally blew himself up. Simply fight back out of the mine to the mine entrance.

When going for the U.S. Marshal Outfit, be sure to clear out Gaptooth Breach before attempting a speed run as helping Floyd will take too long, and time is most important during the run.

The Free Roam version of Gaptooth Breach requires the player to fight their way into the mine, secure the mine cart full of gold, and move the minecart along the track up to the hill where the shaft tower for the mine lift is. Enemies will periodically spawn along the route to stop the player as they move the cart. The initial push toward the mine entrance requires players to fight through a large number of Treasure Hunters. During this assault, players will also be harassed by two men, both named Fletch Hillard, who fire Springfield Rifles from the ridge overlooking the mining camp. The mine in Gaptooth Breach has a weapon crate containing Dynamite.

It is also the only Gang Hideout in Free Roam that does not require the player to kill all of the enemies in order to complete the hideout. The player only needs to move the mine cart to the end of the track to finish the mission. Often, however, the player will kill all of the enemies in the mission in the course of accomplishing this; but unlike Pike's Basin, they will not be required to clear out any stragglers after completing the primary objective. There is an abandoned stagecoach parked near the end of the track with two horses hitched; this is one of the only places in the game where players can legally obtain a stagecoach for use. The stagecoach may not be driven until after the hideout is completed.

Gaptooth Breach is also the site of the cooperative mission Walton's Gold, which requires the players to fight their way into the mine, fill the minecart with as much gold as possible before time runs out, and fight their way back out.

When a Rockstar Games Social Club account is linked to the game on the player's console, the Gaptooth Breach Social Club Challenge is triggered whenever entering the gang hideout in single player. Please see the linked page for details on the challenge requirements and rewards.

Marston clearing out the mine at Gaptooth Breach

Marston has the drop on this miner in Gaptooth Breach

Marston pushing the mine cart, while firing at the Treasure Hunters 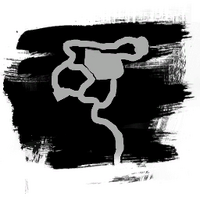 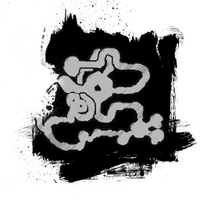 Gaptooth Breach seen from a rock

Gaptooth Breach at night seen from a rock

The Gaptooth Breach hideout is associated with the following gameplay achievements/trophies:

Retrieved from "https://reddead.fandom.com/wiki/Gaptooth_Breach?oldid=396945"
Community content is available under CC-BY-SA unless otherwise noted.