Grizzly Furs are one of five items that can be obtained by killing and skinning a Grizzly Bear. They can be sold to merchants and are considered very high-value items.

Grizzly Furs are the most valuable fur (joint with beavers and regular bears as well as Buffalo skin) in the game, excluding Legendary Animal furs. 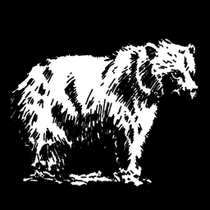 Retrieved from "https://reddead.fandom.com/wiki/Grizzly_Furs?oldid=370168"
Community content is available under CC-BY-SA unless otherwise noted.