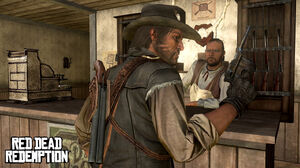 The Gunsmith was a common amenity in the times of the Old West. Their purpose was to fabricate, trade and repair weapons.

In Red Dead Redemption, the player may purchase various firearms, ammunition and numerous other products, such as fire bottles and dynamite. They can also sell various other goods, such as bait. Stock varies from one Gunsmith to another, with Gunsmiths in the later areas of the game usually having rarer, more powerful weapons. The gunsmith store will close at 11 pm and opens at 7 am. Buying ammunition from a gunsmith will result in full ammo for that type of weapon. It will not have to be purchased more than once.

John is buying from a Gunsmith while wearing the Savvy Merchant Outfit. 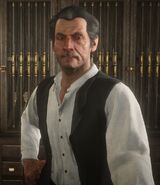 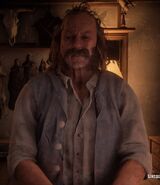 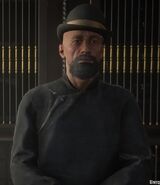 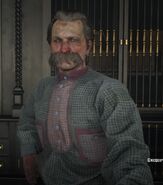 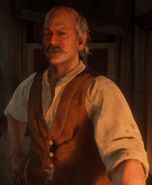 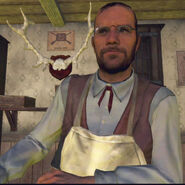 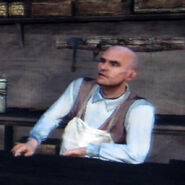 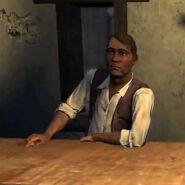 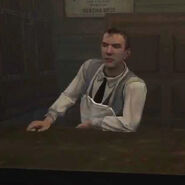