Hats & Helmets are parts of clothing that can be worn by the player in Red Dead Redemption 2 and Red Dead Online. 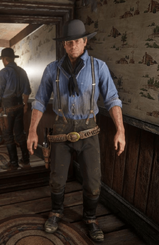 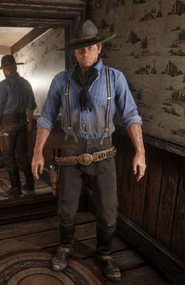 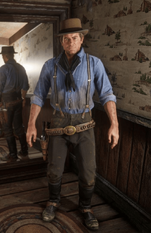 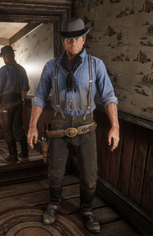 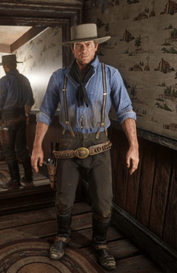 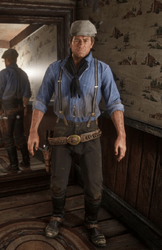 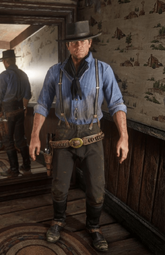 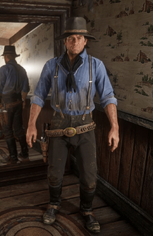 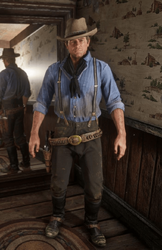 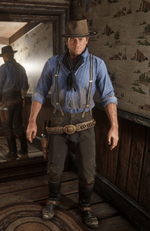 Jon with a lootable hat in the Valentine Saloon during chapter 2. 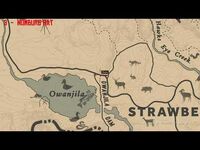 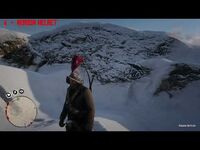 Retrieved from "https://reddead.fandom.com/wiki/Hats/Helmets_in_Redemption_2?oldid=419562"
Community content is available under CC-BY-SA unless otherwise noted.