The Hermit Woman is a minor character featured in Red Dead Redemption 2.

The Hermit Woman can be found living in her home in northwestern Big Valley, West Elizabeth. If the player comes too close to her cottage, they will be attacked by her mangy dogs, and she herself will shoot at the player with a shotgun.

The exterior of her shack 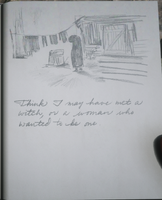 Arthur's drawing: "Think I may have met a witch, or a woman who wanted to be one" 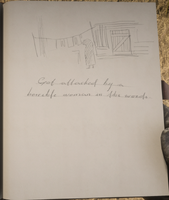 John's drawing: "Got attacked by a horrible woman in the woods"

Entrance to the property