I Know You is a three-part Stranger side-mission featured in Red Dead Redemption.

John Marston encounters a strange man south of Mescalero, who seems to know a lot about John's past and claims to know him from his days running with the Van der Linde gang. However, the strange man is very coy and never reveals how he knows him.

He then asks Marston to complete a couple of tasks, both of which turn out to be moral dilemmas, and the Strange Man's tone hints at what course of action he believes Marston will take in each case. 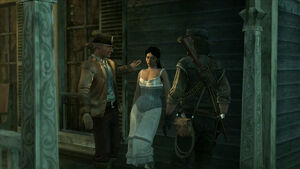 To complete the first segment of this mission, the player must:

After meeting the Strange Man, head to Thieves' Landing and go to the saloon. The drunk friend should be on the porch. The strange man does not explicitly say to stop him, just to advise him on how to best proceed. Players can either dissuade the drunk friend from cheating on his wife or give him $15 to persuade him to cheat on his wife. Giving him the money will cause the player to lose Honor unless the bandana is equipped. 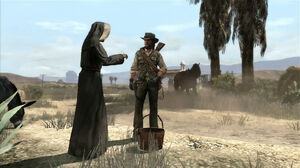 This time the Strange Man can be found in Mexico. Specifically, travel south on the road just west of El Matadero and you should see the question mark on your minimap at the top of where the elevation lines form a J. This time the Strange Man gives the player the choice of donating $10 to a nun or robbing her. If the player chooses to donate to the nun, the player will have random encounters with other nuns asking Marston for a donation in the future (similar to other random encounters such as standoffs and wagon rescues). Choosing not to donate money will result in a loss of honor. 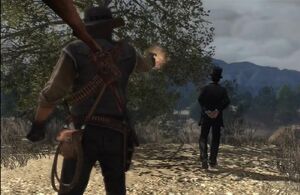 The third and final confrontation with the Strange Man takes place outside Beecher's Hope. They speak about more personal issues, such as the Strange Man not knowing his own name, collecting accounts of a sort, and being damned by many people. Frustrated & confused, a bamboozled John loses his temper after asking the Strange Man for his name and fires on him, but the man is not affected by the bullets and walks away. 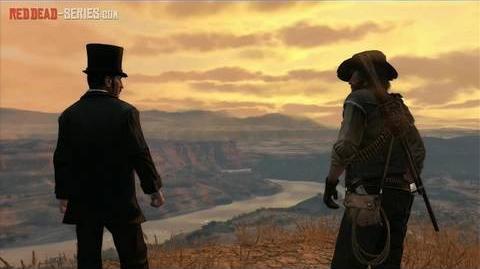 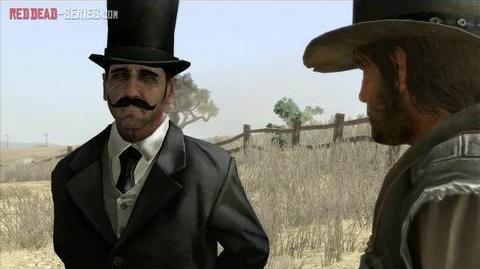