John is thanked by Mr. Geddes for his help with the Laramie Gang, and John turns in for the night, only to be woken by a raid on the ranch.

During the night, the Laramie Gang conducts a raid on the ranch, setting fire to stables and buildings and stealing cattle. Mr. Geddes asks John, Tom and Abe to get his cattle back. John mounts his horse with his guns and rides for Hanging Dog Ranch, the base of the gang.

At the ranch, a shootout commences with John and others killing the raiders. John later heads into the barn, where he is ambushed by the leader of the gang, but John subdues him and kills him with his own weapon. He then heads back for Pronghorn Ranch, where he is thanked by David Geddes. When he returns to his house, however, Abigail is angry at him for getting involved, to which John asserts that he had no choice and was simply doing his job. If the mission was completed before "Fatherhood, For Idiots", John has a flashback of Arthur giving him advice the next morning. 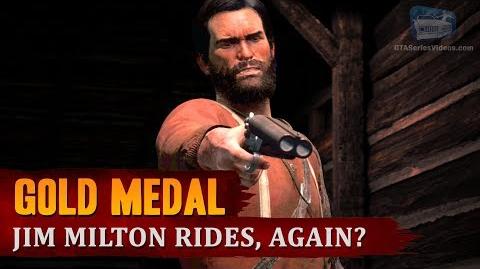