Let No Man Put Asunder is a Stranger side-mission in Red Dead Redemption.

Outside Coot's Chapel, Marston meets an old woman named Alma Horlick whose soon-to-be husband, Peter Turner, has disappeared on her wedding day, which apparently seems to be the same day Marston is talking to Ms. Horlick, according to her. She asks him if he could go and retrieve Peter from the Armadillo saloon, where he works as a musician.

After speaking with Alma Horlick, the player must:

Miss Horlick suggests looking for her soon-to-be-husband, Peter, at the saloon in Armadillo. Marston meets one of the piano players, by the name of Nathan Harling. Harling has information on Peter's whereabouts, but he wants compensation before he'll talk. At first, he tells Marston he'll talk for $5, but then changes his mind saying his wife, Rose, had left him earlier that day and asks him to go talk to her and try to convince her to take him back before she leaves town for good.

Rose can be found at the Armadillo freight station waiting for a stagecoach. When approached, it becomes clear that the angry wife will not return to Nathan without some further "persuasion". You can either threaten her or hogtie her and carry her back to the saloon. Doing either of these will result in -100 Honor, unless the Bandana is equipped.

Nathan tells Marston that he believes Peter can be found at Odd Fellow's Rest out in the desert. Proceed to Odd Fellow's Rest to find a tombstone with Peter's name on it (the map will display a quest marker indicating where it is). Marston learns that Peter died from a blow to the head about 20 years ago on January 15, 1894. It becomes apparent that Alma Horlick is delusional and going crazy. 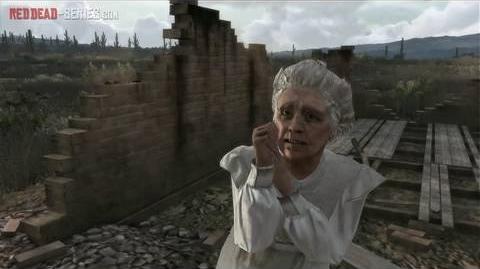 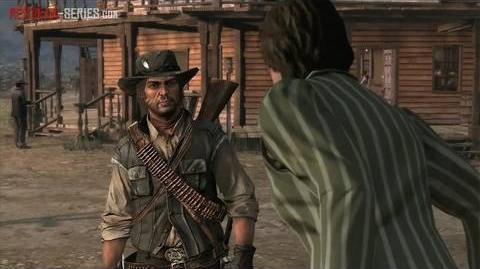 Retrieved from "https://reddead.fandom.com/wiki/Let_No_Man_Put_Asunder?oldid=393072"
Community content is available under CC-BY-SA unless otherwise noted.