Limpany is an abandoned settlement in Red Dead Redemption 2 and Red Dead Online in The Heartlands region of the State of New Hanover.

It lies northwest of Flatneck Station, near the Dakota River.

A small town on the bank of the Dakota River, Limpany burned down and was abandoned sometime before 1898. The blue Cornwall Kerosene & Tar barrels scattered through the ruins suggest that the company did business in the town or had some hand in the fire that destroyed it.

Remains of a structure near the saloon

Remains of a building near the General Store 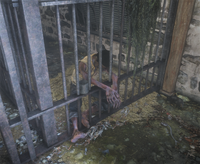 The corpse of a prisoner in Limpany's jail 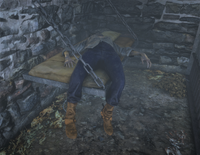 Corpse next to an outhouse