“Something funny is going on out there...”

Love in the Time of Plague is the first mission in the Red Dead Redemption Undead Nightmare DLC pack.

Marston returns home on a stormy night with an uneasy feeling he can't quite put his finger on. John then inquires about Uncle's whereabouts, but Abigail was under the impression that John and Uncle had been together. She tries to assuage John's apprehension by making light of the situation and reminding John that Uncle can take care of himself. This does not, however, set John's mind at ease, and the family has dinner without Uncle.

After supper, John asks Jack about the book he's been reading. According to Jack, it's a book about monsters and he begins to relate a story of the ancient Aztecs and a plague-causing curse. Abigail dismisses it as nonsense, and everyone goes to bed.

Later that night, when the moon is full, John and Abigail are awoken by Uncle coming into their bedroom. Uncle is covered in blood, sneering and growling. The old man makes a bee-line for John, who grabs him by the throat and beats him over the head with a nearby lamp. Despite only wearing his Union Suit, Marston goes to fetch his gun.

Meanwhile, Uncle revives and chases Abigail out of the house. He has already bitten her when John arrives with his gun.

Be sure to shoot Uncle in the head as body shots will not kill him. Abigail and Jack are easily subdued with the lasso and the player should have no issues with them. 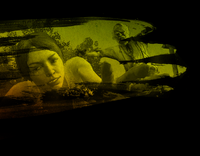 Completing this mission will contribute to acquiring the following Trophies/Achievements:

Retrieved from "https://reddead.fandom.com/wiki/Love_in_the_Time_of_Plague?oldid=396030"
Community content is available under CC-BY-SA unless otherwise noted.