The known family history only traces back up to John's father, who was born on the boat from Scotland to New York. John says that, "If you ever spoke to him, you'd think he only ate haggis and wore a kilt", implying that he either had a heavy accent or knew his culture very well. John's father also hated the English for what they did to his great-grandparents, although he never met them.

Not much is known about John's mother, except that she was a prostitute and died while giving birth to him in 1873. John was therefore left in the care of his father, who was "blinded in a bar fight, south of Chicago" and later died. The exact circumstances around the death of John's father are unknown, although John was told by others that he died in a bar fight, possibly the same one where he was blinded. This left eight-year-old John orphaned, so he was sent to an orphanage.

However, Marston eventually ran away and, at some point later, met Dutch van der Linde, who took him in and saved him from a hanging in Chicago when he was 12 and served as a father figure to him alongside Hosea Matthews. It was Dutch who taught John how to read and shoot, ultimately resulting in Marston becoming a member of the Van der Linde gang. Circa 1894, a prostitute named Abigail Roberts became affiliated with the gang; despite sleeping with most of the gang's members, she eventually fell in love with John.

John and Abigail had two children together, a son, Jack Marston (born in 1895), and a daughter, whose date of birth and death are unknown. Jack grew up amongst the gang, oftentimes referring to Dutch, Bill, Hosea and Arthur as his uncles. At some stage during Jack's early years, John left the gang for a year.

After fourteen years of being an outlaw in the Van der Linde gang, Marston was shot and almost killed during a train robbery in 1899, where Dutch and the gang left him to die. Thanks mainly to the help of John's closest friend in the gang, Arthur, the Marston family managed to escape from their life of crime, with the intention of starting a new life.

Soon afterwards, the Marston family temporarily moved to the Yukon to participate in the ongoing gold rush, but they didn’t make much from it. During most of Jack's childhood, the Marston family moved around for a lot of the time; they were temporarily stationed at Pronghorn Ranch in 1907, although Abigail and Jack left after the former became unhappy with John's recent actions and apparent inability to settle into family life.

Wishing to convince her that he’d changed, John bought a ranch in the Great Plains area called Beecher's Hope. He met Uncle, an old acquaintance from the gang, and reluctantly accepts his help. He also finds Charles Smith, a friend from the gang, and the three manage to construct a ranch at Beecher's Hope. Soon afterwards, Abigail and Jack reunite with John, with a new dog, Rufus. John and Abigail get formally married soon afterwards, after which Charles leaves for Canada. The remaining members of the Marston family continue to live on the ranch.

In 1911, John is forced to take up the role of gunslinger once again when Edgar Ross and Archer Fordham find him at his ranch and force him to hunt down and capture or kill his former gang members by capturing his son and wife.

John eventually succeeds in this task and reunites with his family at the ranch. However, the Bureau secretly betray John and a large group of US Army soldiers attack the ranch at some point afterwards. Uncle is shot dead during the assault, and after continuing to fight off the soldiers, Marston sends Jack and Abigail away while allowing himself to be gunned down by the firing squad outside, sacrificing himself so that they can be free. Abigail and Jack return to the ranch soon after, only to find that John had been killed. They bury John and Uncle on the hill overlooking the ranch.

Three years later, in 1914, Jack is seen standing near the graves of John, Uncle, and Abigail, with the latter having died of an unknown cause. He turns around and walks away, before deciding to track down Ross, in vengeance for his family. He eventually succeeds in killing Ross in a duel, and walks away, with the realization that he's about to become an outlaw, the very thing his parents tried to prevent him from being. Being the only surviving member of the Marston family, the rest of Jack's life is unknown. 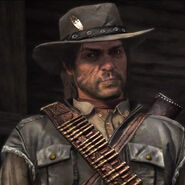 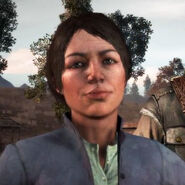 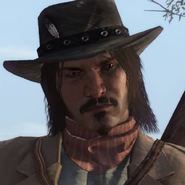 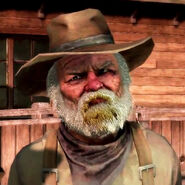 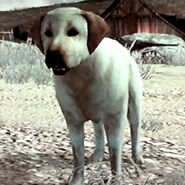