Maurice Sweet is a minor character and a bounty target featured in Red Dead Redemption.

Maurice is a member of the Bollard Twins gang. He is wanted for property destruction and can be captured or killed depending on the player's choice.

Maurice can most often be found around Thieves' Landing, frequently loitering inside the saloon and around the brothel. He can also be encountered at the Pike's Basin gang hideouts, but he will be hostile unless the player is wearing the Bollard Twins Outfit. 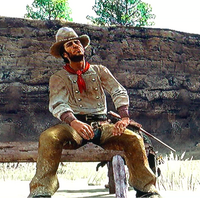 Maurice sitting on the bench within the main camp of Pike's Basin. 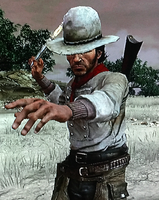 Maurice with a throwing knife. 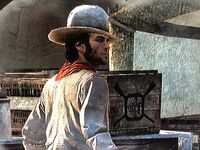 Maurice in Pike's Basin.
Add a photo to this gallery
Retrieved from "https://reddead.fandom.com/wiki/Maurice_Sweet?oldid=382601"
Community content is available under CC-BY-SA unless otherwise noted.