The Meditating Monk is a minor character featured in Red Dead Redemption 2.

When encountered on the edge of the cliff, he appears to be sitting cross-legged with hands folded in his lap and seemingly meditating.

While the player cannot physically interact with the Monk, disrupting the Monk's meditation by hogtying him, firing gun in his direction or killing him, will cause the player to lose honor. 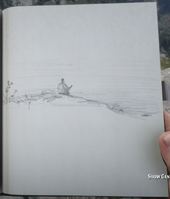 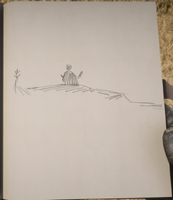