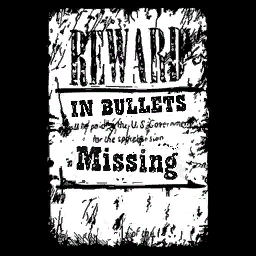 The player will be tasked with rescuing people trapped by the Undead in various locations around New Austin and Nuevo Paraiso. These missions are structured in a very similar manner to the Bounty Hunting activity in the main game.

To start the missing person quest, go to either Fort Mercer or El Presidio (Safe Zones). Grab the poster and head for the place highlighted on the mini-map or map, as indicated by a blue emblem bearing a partially-bandaged face

Once rescued, the player must return them safely to either the Fort Mercer or El Presidio strongholds to be reunited with their families. But before being able to do so, players will have to fend off undead from the front gate with the support of a number of deputies and often by the missing person him/herself. After receiving a reward, a new missing person poster will be hanging in place of the recently completed one. Though the poster will be there, the player must move away from it long enough for the on-screen prompt to notify its availability.

The activity is first found in Fort Mercer, but can also be found in El Presidio when the game moves into Mexico. The missing person is trapped or surrounded by zombies, so be prepared. Once contact with the missing person has been made, more undead will spawn in the immediate area and on the trails to hamper the player's escape, and will also visibly spawn in and around the return area, as illustrated in-game by a yellow

near the entrance to the safe zone.

Each missing person rescued counts for 1% game completion, for a total of 15%.

If the missing person is killed during the rescue, they may come back as an undead moments later. However, if the player returns to the safe zone and waits, the option to rescue to same missing person will return, giving the player another chance.

There are 9 missing persons to return to Fort Mercer:

There are 6 missing persons to return to El Presidio:

It is helpful to first save all the towns in the region, then you can use fast travel to get to the missing person's location and save a lot of time.

Millicent Waterbury hiding from the Undead inside Pleasance House.

Completing the Missing Persons missions contributes to the following trophy/achievement:

Retrieved from "https://reddead.fandom.com/wiki/Missing_Persons?oldid=414046"
Community content is available under CC-BY-SA unless otherwise noted.