Telegram from Sadie
All items inherited from Arthur, the ability to change and buy clothes and weapons
Motherhood is a mission in Red Dead Redemption 2.

At Pronghorn Ranch, John receives a telegram from Sadie Adler, asking him to meet her in the saloon in Valentine. Surprised by this discovery, John heads back to speak to Abigail, only to find out that both she and Jack had left.

He finds a note left by Abigail, which explains why she felt she had to leave with Jack, as John has continued to get into trouble with both himself and while helping other strangers in need, making her feel as if he had been putting their family at risk.

Disheartened, John opens up Abigail's gift for him, the shirt that would eventually be a part of his Rancher outfit. He is then confronted by Dickens, who asks him what happened. John says that Abigail left, as Dickens grows increasingly suspicious for who "Jim Milton" really is. John dismisses his questions, and heads back out to work with Dickens.

Over the course of several weeks, John returns to working at Pronghorn, with plans to start his own ranch up at Beecher's Hope, and in a way, proving to Abigail that he could change. Afterwards, Marston goes to ask Mr. Geddes for a loan, so that he could start building his own land up. Geddes tells John to deal with Ansel Atherton, a distant cousin of Geddes.

John heads back to his house to pack his things, and puts on his classic Cowboy outfit. He gets on his horse, and rides out to try and finally build a proper life for himself. 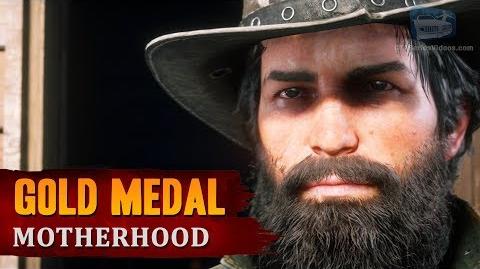