“I am free again! I will write a poem about this day!”

“This is from a man who was tied to a post with a gun in his face a few minutes ago.”

Must a Savior Die? is the thirty-fifth mission in Red Dead Redemption.

Luisa Fortuna is distraught because Abraham Reyes, the leader of the rebels and her lover, has been captured and sentenced to execution by the Mexican Army. Luisa begs Marston to help rescue Reyes and save the rebellion.

Right after the cutscene, follow Luisa and ride shotgun in her cart. Nothing will happen during the ride, and eventually, you will reach El Presidio.

After reaching the El Presidio fortress, where Reyes is being held, Marston must sneak inside. Immediately in front of where Luisa drops him off is a crumbled section of wall that can be climbed over. Guide Marston to the sniping platform inside the fort and kill the executioner by using the Rolling Block sniper rifle. The executioner is the man standing directly in front of Reyes, and if he is not killed first, he will shoot Reyes in the head when the guards are alerted, causing the mission to fail. Kill the rest of the guards (no need to use the sniper rifle on them if you don't want to) and go to Reyes, who will ask Marston to get a horse. The horses are located at the other end of the fort (Marston can optionally whistle for his own horse instead). After Marston obtains a horse and rides back, Reyes will mount up behind him and the two can leave the fort and follow a rebel guide who will lead them to Luisa at a landing stage on the San Luis river.

This is Reyes's first direct appearance in the game and it is revealed that he has some rather unsavory personality traits, such as forgetting Luisa's name — lending more than a little insincerity to his claim that she is "el amor de mi vida" ("the love of my life"), and also the fact that he proclaims he will write a poem about his defeat of 100 soldiers (which is actually what the player does).

Main article: Must a Savior Die?/dialogues 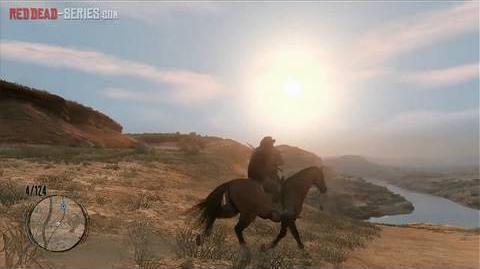 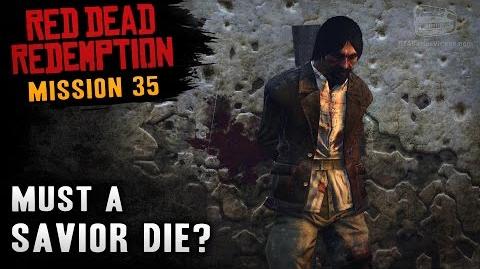 Retrieved from "https://reddead.fandom.com/wiki/Must_a_Savior_Die%3F?oldid=404866"
Community content is available under CC-BY-SA unless otherwise noted.