Mystery Site is an unofficial name for an unmarked location in Red Dead Redemption near Repentance Rock.

There is a deer pelt on the ground with cryptic markings on it surrounded by three rune stones with various symbols carved into them placed at north, west, and east. There is also a 'plate' at the southern point of the configuration with carvings on it: (from left to right) a sun, a large man, a devil like man, a spear or tree, and what appears to be a buffalo.

The player cannot interact with the objects in any way.

Off the main road is a smaller trail that makes a loop just south of Repentance Rock. In the approximate center of the loop in between two bushes is where this site can be found. 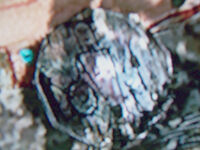 The plate at the center 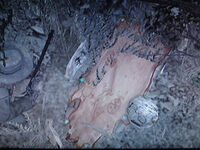 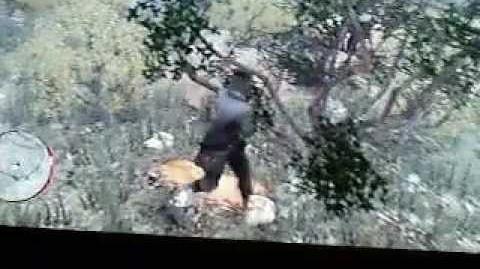