Nashoba is a minor character featured in Red Dead Redemption.

Nashoba is a Native American and a member of Dutch's Gang.

Nashoba is encountered during the mission "For Purely Scientific Purposes", in which he participates in the meeting between Dutch's Gang, John Marston, Nastas, and Professor Harold MacDougal.

Nashoba also appears as a sniper, holding the Professor hostage during "The Prodigal Son Returns (To Yale)" and must be killed to further the mission.

He and some other Dutch's men can also be found in the wilderness raiding a stagecoach. Nashoba is usually the leader. Marston has the choice of either helping him and Dutch's Gang robbing the stagecoach or defend it from Dutch's tribe. 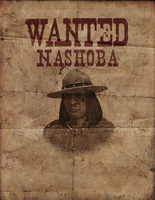 Nashoba & Hinto at during a shootout with marston at Beechers Hope, oddly, there appears to be two Nashobas in this photo. 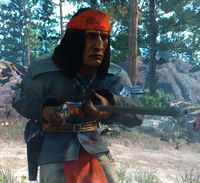 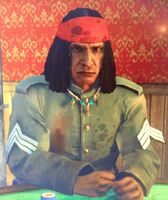 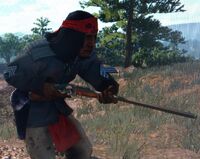 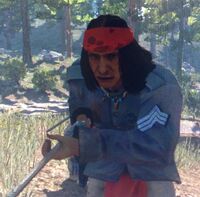 Retrieved from "https://reddead.fandom.com/wiki/Nashoba?oldid=391593"
Community content is available under CC-BY-SA unless otherwise noted.