Newspapers are a vital source of information in the American West, appearing in all three installments of the Red Dead series.

This newspaper is used to display the player's statistics after completing a chapter. The reporter, typesetter, publisher, and newspaper boy for the paper is Jody, who can be found hawking the paper outside of the paper's offices at the corner of 1st Street and Main Street in Brimstone.

The player is able to purchase newspapers in all settlements of the gameplay world for one dollar. Newspapers are normally sold outside train stations or near a stagecoach.

Newspapers give the player access to side missions, ambient events, and will report on game play events associated with player choices. For example, killing a person could result in the murder being reported in the newspaper.

The Blackwater Ledger is the name of the newspaper available in Red Dead Redemption. It reports of the various events taking place in the world, and players can often find the adventures of John Marston inside, usually a few in-game days after certain missions. The Blackwater Ledger can be bought for $1 per edition in various towns, from the papermen marked on the map. Like many newspapers of the later Western period, The Blackwater Ledger is distinctly developed from the more basic frontier newspapers of the earlier times, containing a range of articles from various journalists, advertisements, and smaller notices from businesses.

The year of publishing for an edition of The Blackwater Ledger is given in roman numerals in the top left corner of the page for all editions, except for the final edition obtainable on completion of the game, where the year is in roman numerals just below the title. All editions are dated "MCMXI" (1911) except the last edition, which is dated "MCMXIV" (1914). The player can purchase issue numbers 53 to 60 as John Marston.

At the lower right corner, the player can read a variety of strange sentences, such as "I Wish I worked for Uncle Sam" and "You Got yourself a fine pair of eyes". These are cheat codes that can be entered via the main menu.

In events that hark back to our state's not so distant and non too glorious past, a gang of thieves and killers is running amok across the western counties. Although New Austin has never been a place for the faint of heart, nor a place that encourages delicacy, law enforcement agencies are particularly worried about this new gang. Not since Dutch van der Linde's crew was operating up in West Elizabeth has a criminal group caused so much consternation, nor gained so much publicity. Although cattle rustling and robberies are unfortunately still common throughout our region, the spate of killings, fires and burnings caused by Bill Williamson and his gang have shocked even the hardiest and most robust of local residents. Williamson, a career criminal and reprobate, with a record running back to reform school, is himself believed to have once run in Van der Linde's gang. Dutch van der Linde himself has not been seen nor heard from in several years and despite claims of sightings, is thought to have perished in a fire following a bungled robbery in 1906. With railway companies and other business interests pushing local and federal government bodies to aid economic development and investment by reducing crime, it is clear that action will be taken against this latest gang attempting to live the American dream outside of the law.

Residents of Armadillo are baffled by the mysterious and somewhat repugnant case of Moses Forth, who was recently arrested for desecrating and robbing graves is believed to have been solely responsible for a string of similar crimes across the West in the last couple of years. Following his arrest, however, there has been a further outbreak of graveyard de-secrations, leading to anxieties about who else is committing this most vile act.

Mexican President, General Ignacio Sanchez, who seized power last year in a bloody coup in which he killed his own brother has appealed for calm in the tempestuous country. General Sanchez, who was head of a Mexican Cavalry division and who has studied in Spain and Bolivia is promising to improve conditions for workers across the country while increasing suffrage. In a speech he made last week Sanchez noted "despite my privileged upbringing, I am a true son of Mexico, but as a Mexican, I know our county needs strong leadership and this is what I intend to provide. The road for our country has never been easy, but I promise you, we are now heading in the correct direction."

Several residents of Armadillo and the surrounding areas have gone missing over the past few months in separate incidents, but non have yet turned up, either alive or dead. Local law enforcement bodies are urging residents to show extra caution when travelling in the back country on their own or when travelling at night.

Well known East Coast wit, Jimmy Saint, who writes for a number of respected periodicals in the New Work area recently wrote to this publication, seeking our advice. Mr. Saint is being dispatched to our region to try and find some 'wildness' in our Western states. We wrote back to Mr. Saint wishing him well, but letting him know that beyond the occasional murder, bloody shoot-out or horse rustling, very little wildness persists in the region outside of wild west shows.

Cattle Rustling Worse Than Ever In New Austin

The poverty-stricken ranchers of New Austin have been further blighted by a ruthless band of cattle rustlers in recent months. The hoodlums, led by twin brothers Ike and Willie Bollard, have been stealing cattle throughout Hennigan's Stead and then selling them at Thieves' Landing, often well below market value. The gang is believed to be using Pike's Basin as it's base of operations.

Following recent reports of ghost sightings in the abandoned town of Tumbleweed, visitors are continuing to tell of unnatural happenings and strange feelings. Some visitors claim to have seen spirits of the dead, others ghosts, still others, ghouls and fairies. Our reporter on the scene found no evidence but we urge readers to send us reports of any unnatural happenings in the area.

Everywhere that fresh air abounds, man knows nothing of coughs, colds, or lung inflamations. However, as man creates cities and is herded into factories, sweatshops, mines and mills, these soggy and unhygienic atmospheres spread the most deadly of pulmonary diseases - Tuberculosis. Dr. Charles L. Helden says workers can disinfect themselves and protect against disease through regular smoking in the workplace.

Wonder Tonic From The East, Doctors Worried About Future

Users of a new medicinal tonic being sold in areas of New Austin have reported remarkable results. A one legged woman in Plainview grew back her missing limb and an elderly man close to death got up and ran to the nearest brothel with the resumed vigor of a 14-year old boy. West Dickens Patented Elixir claims to effect an infallible and painless remedy to virtually all known human ailments, both internal, external, and spiritual, including aches, sprains, dysentery, lumbago, paralysis, chilblains, malaria, genital debility, rickets and depressed humors. The tonic, which is the result of years of research combining ancient wisdom from the east and scientific investigations from universities across the land is being hailed by its distributor as the greatest medical discovery of our time.

Most miracles are spread out quietly as the oak grows. However the telephone has grown like a common garden weed. There are now ten million telephones in the world. This novel vocal spectre has a certain haunting charm as telephone girls work day and night asking "What number please?" What man hasn't imagined the dalliances of the exquisite fairies that bless the most romantic of the commercial sciences? The telephone and telegraph companies promise Blackwater's skies will soon be one of wires in every direction, truly a crystal clear and sullied future at the same time.

The final purchasable issue of the newspaper is considerably different from the others. It is called The Blackwater Ledger and Sentinel instead of simply the Ledger, and generally has a different format. It acts as an epilogue to the game, as it explains what happened to almost all of the characters encountered by John Marston during the main storyline:

The issue also has an article about the outbreak of World War I in which the reporter expresses that he is mostly ignorant to the events he describes. The last article states that state governor Nate Johns has been indicted on a vast quantity of criminal charges, despite the obviousness that Johns is guilty of all of the crimes.

This issue can only be purchased by Jack Marston, as it is purchasable following John's death. No more issues of the newspaper will be released even if the player completes more strangers missions.

There are several different newspapers in Red Dead Redemption 2, each serving different states.

The player can buy various issues from all of these newspapers, some of which cover the same events with different standpoints.

An advert that can be found in a newspaper.

Another example of a newspaper advert, this time advertising a film.

Cattle Rustling Worse Than Ever In New Austin

Wonder Tonic From The East, Doctors Worried About Future 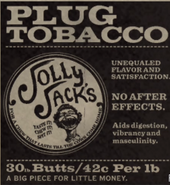 Merchant Run Out Of Town

Miracle Of Movies In New Austin

Lucky Children Growing Up In Factories

How Long Will You Live?

Advertisement for The Moaning Outhouse