Nigel is a minor character featured in Red Dead Redemption 2.

Nigel is an Englishman who was born in Maidenhead, Berkshire. He had a desire to leave his native country in search of a new life so, along with his friend Gavin, he eventually chose America, the alleged land of opportunity, as their destination. The two of them crossed the Atlantic and reached America prior to 1899.

However, in unknown circumstances, Nigel woke up one day to discover that Gavin had disappeared overnight. Since then, Nigel began looking obsessively for his companion.

Nigel can be encountered throughout the game as he spends most of his days wandering the plains, desperately searching for his long-lost friend whom he may never find.

By 1907, Nigel continues to look for Gavin, though his appearance and sanity have deteriorated, giggling in some instances when asking strangers if anyone has seen Gavin. He also appears to have forgotten what Gavin looks like. 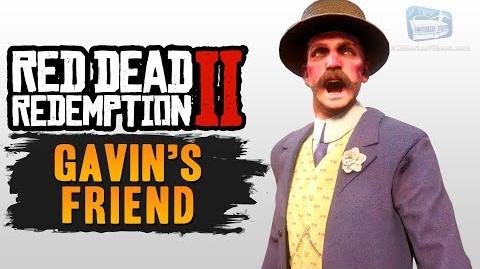