Obelisk is a point of interest in Red Dead Redemption 2.

Standing on the wooded slopes of West Elizabeth in Big Valley, north west of lake Owanjila stands an obelisk monument. It is a three sided stone obelisk set on top a stone plinth, approximately 18 feet (5.5 metres) in height. The stone is weathered implying age and partly moss covered. It's original purpose is unknown.

An engraved metal plaque is attached to the western side, which can be interacted with to obtain the map piece. The plaque consists a simple Latin text and a date; 'Hora fugit, ne tardes 1771'. 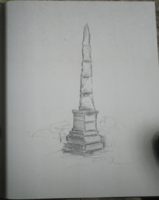 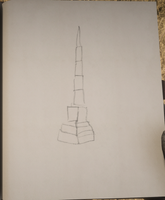