The Marstons receive a telegram from Bonnie MacFarlane. Abigail is suspicious and gets John Marston to read it aloud as she can't read. The telegram says that Bonnie needs corn urgently because all the harvest has been eaten by pests. Abigail points out that corn sacks are the only thing that haven't been stolen while they have been away thanks to Uncle's negligence. Abigail accompanies Marston on the ride to MacFarlane's Ranch using the ride to interrogate Marston about Bonnie. She appears to be very jealous and John points this out. Upon arriving, Abigail and Bonnie are introduced and develop an amiable first acquaintance while Marston and Trent Oxley unload the corn. When John and Abigail leave, Bonnie stands in the road looking after them. It seems she may have had feelings for Marston after all. Abigail is cheered immensely and she happily discusses things with Marston on the ride home.

Another simple mission. Get in the cart and drive as fast as possible, as this mission is timed. Abigail will join John in the cart, as she wants to make sure John doesn't have a thing for Bonnie. The route goes through Thieves' Landing and over to MacFarlane's Ranch. Once there, Abigail and Bonnie will have a chat, while John gets some help from one of the ranch hands to unload the cart.

The drive home is equally uneventful. Just follow the same road through Thieves' Landing to Beecher's Hope and Marston Ranch. 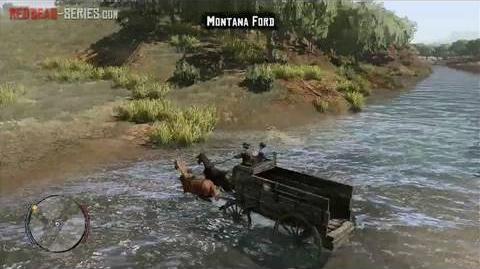 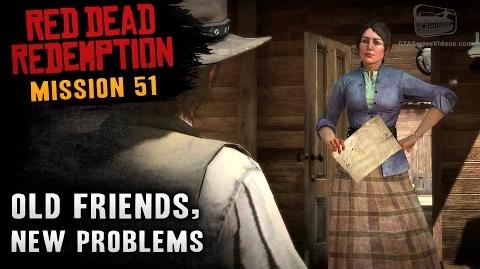