For the mount in Undead Nightmare, see Pestilence (Horse).

Pestilence is the fifty-second mission in Red Dead Redemption.

Abigail asks John to stop the crows from eating all the corn from the ranch silo by scaring them away.

This mission requires the killing of many crows where the majority sit on the silo. To complete this mission, John Marston must scare the crows before most of the corn is eaten. The most useful weapon to complete this mission is the Evans Repeater because of its large capacity of 22 shots or the Explosive Rifle as one shot can take out a lot of crows. Using Dead-Eye Targeting to shoot them, you must carefully pick the birds sitting on the silo before advancing to the already flying birds and the lucky few who escaped. It is advised that you bring items that restore your Dead Eye as you can easily lose it unless you have the max sharpshooting and hunting skill. 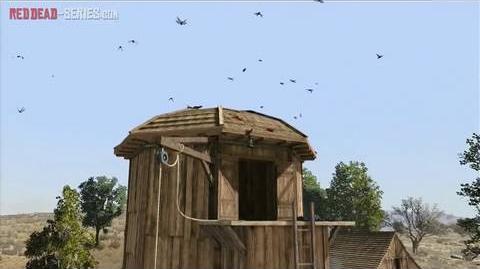 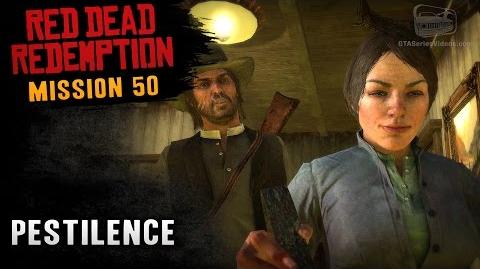