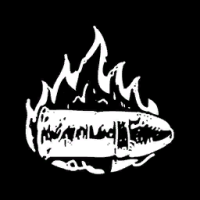 Phosphorus Coating is an item given to the player by Nigel West Dickens after giving him 5 Desert Sage and 5 Violet Snowdrop during the first task of his mission A Cure for Most of What Ails You. jkgjklgjhhfgjhgjhverrun]] by racking up a 10 kill combo, and will replenish at a 20 kill combo and again every consecutive 10 kills in a combo. Whenever phosphorus is enabled, the Dead-Eye meter will flash. Caution must be taken, as the Dead-Eye meter also flashes when shotgun slugs are enabled.

Alternatively, being the Last Man Standing will grant a player with Phosphorus, bringing advantage to 2 player teams, as it only takes one downed teammate to give another player phosphorus rounds.

Retrieved from "https://reddead.fandom.com/wiki/Phosphorus_Coating?oldid=256743"
Community content is available under CC-BY-SA unless otherwise noted.