Thieves' Landing
Rathskeller Fork
Warthington Ranch
Cochinay
Blackwater
Beecher's Hope
The Pig is a domesticated animal found in Red Dead Redemption. They are a genus of even-toed ungulates within the family Suidae. Most were domesticated and used as a source of food (e.g. bacon, pork) at the time of Redemption.

In Red Dead Redemption, pigs can be found in the following locations: 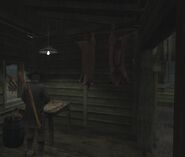 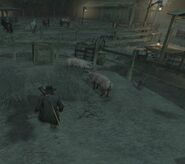 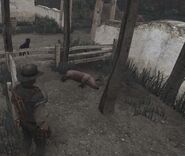 A pig in Rathskeller Fork.

Another Variation of Pig.