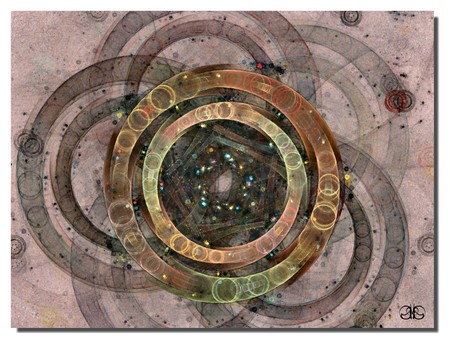 Almagest is named after the ancient Alexandrian Coda, Al Kitabu I Majisti, an ancient scripture that speaks of planetary movements, etc. It also translates to, "The Greatest" or "The Great Compilation" in English. We try to live up to our name, as we make the best of our clan through helping our many followers of ancient coda achieve greatness in any means possible, through helping each other with achievements, going on missions, challenge completion, golden weapon trials, shootout wars, clan wars, and the like, just having general fun, as was the idea (along with fraternity) back in the day. The idea for a clan was established long ago when Desert Flea took the odds on with many rivals in an opposing clan and crushed them all with just his Rolling Block Rifle. Later on, he and his various companions, met through hard trial and through long perseverance, and they all hold a high standpoint on clan measures. While we may be very lenient on our clan's actions, regarding other clans, fellow clan members, and just people and behavior altogether, we DO enforce strict policy on matters such as thievery, offensive hacking, bashing, rudeness, disrespect towards others, etc. The consequences for any man who joins our elite group who is subject to these offenses will be promptly removed and discommunicated from the clan, due to our long endearing struggle with breeds of human such as the "n00b" and the "h4x0r". All of our clan leaders have struggled hard with these myriad attacks on the Red Dead World for quite a time, and we neither appreciate nor respect these nuisances. However, we do not look down on glitches, or to hacks that inwhich improve the game. Our main function all in all is to work as a gang would, in that being we look out for one another, seeking to become the greatest gang in all of Nuevo Paraiso. Our illustrious capital base is the weary El Matadero, and from there we control and police the areas of Torquemada, East Diez Coronas, and Casa Madrugada. We have a highly effective government, with many tiers of ranking for the newborn members, multiple forms of both soldiers, citizens and government as well as trials marking their "leveling" within the clan as to make decisions and carry more bearing with their words. (Consult one of the five Generals to discuss within the ranges in.) We DO NOT discriminate against weapon/mount/title/character use except in the context of, due to the leaders' decisions: (CLAN MEMBERS WHO DISREGARD THIS POLICY WILL NOT BE INCLUDED IN CLAN ACTIVITIES, AND MAY OR MAY NOT BE EXCOMMUNICATED, DEPENDING ON THE LEADERS' DECISION.)

Other than these, clan members are prone to use whatever that is in their disposal.

CLAN WAR DECLARATION POLICY IF your clan has a quarrel with ours, and wishes to declare war on our good clan, YOU ARE expected to send us a formal message arrangement stating your reason for declaration of war, and why you have come to this decision, to EACH OF THE FIVE GENERALS, listed below, and we must meet with you then formally and discuss our political standpoints.

CLAN ALLIANCE DECLARATION/CEASEFIRE POLICY IF also your clan is wishing to make an alliance with ours, so that we might fight together for the same cause, or you wish to make a ceasefire, you must compose a letter from TWO OR MORE OF YOUR LEADERS displaying your concerns and your invitation to at least one of our leaders, and then they will approve/disapprove of it depending on their formal decision, and we will alert you immediately to what our decision is. We are a lenient, kind government; we offer second chances, but will not turn a blind eye to utter abuse of our system.

To join our clan you must be/have the following:

If you can meet all of these requirements, send Desert Flea on XBOX Live a message stating your request to join, and your reason for wanting to, as well as a token of allegiance besides the pledge. (*)35 or higher on normal prestige. If you have already passed into Legend mode, this does not apply to you.

The Generals, the five who make the most critical decisions, consist of the following members, and are

Oracles are the second highest leaders of the clan and surrogatively control it in either our absence or business. They are of elite class and skill, the best of the best.

Check up on us as time goes by.

Retrieved from "https://reddead.fandom.com/wiki/Posse:Almagest?oldid=145494"
Community content is available under CC-BY-SA unless otherwise noted.