With John assumed dead, and Abigail captured by Pinkertons, Dutch cuts them loose, and rides for Beaver Hollow. Arthur and Sadie head to Van Horn to rescue Abigail.

As the gang are riding away from the train robbery, they run into Tilly Jackson, who informs them that Abigail has been captured by Agent Milton. Due in part to some persuasion from Micah, Dutch refuses to rescue her and, along with most of the others, rides back to Beaver Hollow. Arthur gives Tilly a sack of the money, after which he and Sadie set off to rescue Abigail. As they ride, Arthur expresses his horror at how Dutch and the gang have changed, as well as the deaths of various gang members that have happened recently.

Upon reaching Van Horn, Sadie requests that Arthur takes up a position at the top of the lighthouse with a sniper rifle, and despite initially objecting, Arthur does so. Sadie and Arthur manage to eliminate the various Pinkertons; Sadie eventually reaches Milton’s domain, only to be taken hostage by him. Arthur follows and eventually reaches the building. He begins to release Abigail but is held at gunpoint by Milton, who reveals that Micah has been working as a mole for the Pinkertons ever since the gang's return from Guarma. Arthur tries to wrestle Milton’s revolver off him, but struggles due to his Tuberculosis, resulting in Milton pointing the gun at Arthur and preparing to execute him. Meanwhile, Abigail manages to break free, picks up Sadie's revolver, and shoots Milton in the temple with it, killing him and saving Arthur’s life. With Milton's death, the three escape Van Horn.

At some point during the ride, Arthur stops and tells the two women that he wants to go back to confront the others, while sending Abigail and Sadie to Copperhead Landing to re-unite with Jack. On the way to Beaver Hollow, the song "That’s The Way It Is" plays, with various quotes throughout the game being remembered by Arthur.

Upon reaching Beaver Hollow, Arthur informs the others that Milton is dead and that Micah is the traitor. Micah strongly denies this, while Dutch remains silent. As the tensions continue to rise, John arrives, revealing that Dutch left him to die during the robbery. Arthur tells the gang’s members to choose their side; Micah tells him to be quiet, but Susan Grimshaw sides with Arthur and John, and points a shotgun at Micah, demanding that he put his guns down. Immediately afterwards, Javier announces that Pinkertons are closing in; this momentarily distracts Susan, who is shot dead by Micah when her guard is down. Dutch then takes out his own pair of revolvers, demanding to know who is “with” him and who is “betraying” him. Eventually, most of the gang unites behind Dutch and Micah against Arthur and John, holding the pair at gunpoint. Before any shooting can happen, Pinkertons led by Milton’s former subordinate Agent Ross attack the camp, causing the gang to flee in different directions.

Arthur and John escape through the caves, with Pinkertons on their tail. Arthur reveals to John that his family are safe at Copperhead Landing and that Micah betrayed the gang. The duo mount their horses and escape, pursued by Dutch and the others. Eventually, their horses are shot from under them and the two climb up the mountains on foot. After some climbing, Arthur tells John that he might return to the camp to retrieve the money, as Abigail gave him the key to Dutch’s chest. John says that he would rather go back to his family, and so the player is left with two options:

Help John to escape: John and Arthur continue going over the mountains, until Arthur tells John that he can’t go any further (due to his increasingly-advanced Tuberculosis). John is reluctant to leave Arthur’s side, but eventually does so after persuasion from Arthur, calling him his "brother". After holding off some Pinkertons, Arthur is tackled to the ground by Micah and the two engage in a lengthy brawl. By the end, both men are badly beaten, and Arthur pistol-whips Micah with his revolver but loses his grip on it in the process. Arthur crawls towards it in order to shoot Micah, but is prevented from doing so by Dutch, who steps on it. Arthur states again that Micah was the rat, that he gave all he had for the gang and that John was the only one who "made it". Dutch walks away from the scene, leaving both Arthur and Micah behind. The subsequent scene depends on the player's Honor.

Go back for the money: Arthur bids John farewell and gives him all of his possessions, before heading back to Beaver Hollow. After fighting his way past Pinkertons, he enters the cave at the site and finds a huge sack of money from Dutch’s chest. However, as he exits the caves, he is suddenly attacked by Micah and stabbed in the side with his own knife. After wrestling Micah off of him and taking back his knife, Micah takes out his own blade and the two engage in a knife fight. This can end in two ways, depending on the player's Honor. 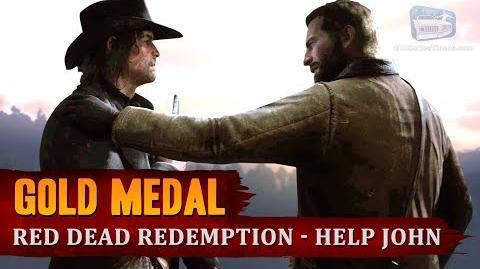 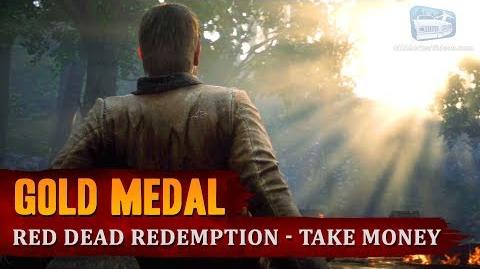